The Fifth of November

Remember, remember!
The fifth of November,
The Gunpowder treason and plot;
I know of no reason
Why the Gunpowder treason
Should ever be forgot!
Guy Fawkes and his companions
Did the scheme contrive,
To blow the King and Parliament
All up alive.
Threescore barrels, laid below,
To prove old England’s overthrow.
But, by God’s providence, him they catch,
With a dark lantern, lighting a match!
A stick and a stake
For King James’s sake!
If you won’t give me one,
I’ll take two,
The better for me,
And the worse for you.
A rope, a rope, to hang the Pope,
A penn’orth of cheese to choke him,
A pint of beer to wash it down,
And a jolly good fire to burn him.
Holloa, boys! holloa, boys! make the bells ring!
Holloa, boys! holloa boys! God save the King!
Hip, hip, hooor-r-r-ray!

Habing, B. (2006, November 3). The Fifth of November – English Folk Verse. Retrieved from http://www.potw.org/archive/potw405.html

My memories of  Guy Fawkes night or Cracker Night are of Jumping Jacks, Tom Thumbs Catherine Wheels, Penny Bangers, Sky Rockets and Sparklers.  Night could not come quickly enough. We had spent what seemed like hours choosing from the colourful array in the shop.  I had saved all my pocket money and there was deep discussion about how many Catherine Wheels or Sky Rockets and Pots we could buy. Penny Bangers and  Throwdowns were limited  and the pretties as I called them won the day.

There was a ritual to Cracker night; the build up , the planning, the purchase and safety. Dad was very safety conscious.  The crackers were stored in the garden shed   and before he set them up  our two dogs Sally and Suzie would be locked in the laundry,  to keep them safe and away from the noise. When the action plan was completed  and Mum and I had to stand on the front porch and he would set up the fireworks,  the crackers were laid out on the grass  and sky rockets were set up in milk bottles to hold them upright  in the middle of the lawn. The action would start as Dad would set them off at appropriate intervals staged for best effect.  To the left and right and all around the other fathers were following a similar  trajectory. The anticipation was huge and as night claimed the daylight the show would begin. The air was full of noise and smoke, as up and down the street the fun began.

Crackers would whizz and bang and gorgeous showers of silver and gold would erupt out of gaudy paper pots . Sky Rockets would launch toward the moon and release the most wonderful showers of coloured lights alway ending in the final bang and streamers  of lights trailing across the night sky ,until they petered out into nothingness .  They outshone the stars.

Memories are fragile and multi layered. Just now as I type my nose crinkles as a waft of  acrid smoke  slips by me a sharp reminder of the past. tang of gunpowder. My mouth drys,  the pungent taste of metal is released as another memory escapes.

If I close my eyes all my senses come into play as I see, hear, taste and feel the heat of the beauty of the stunning colours of the Catherine Wheel pinned to the board, resembling  a beautiful but exotoic being caught in a trap, twisting and turning to escape until its energy is spent and it droops, lifeless, dead with no sense of its former glory.  They always made me cry when they were drab and exhausted.

When we had spun the last Catherine Wheel and the last Sky Rocket had fallen back to earth we would walk with our neighbours to the vacant block  where the older children had built a bonfire. All the unwanted scraps of  broken furniture, papers and other debris  had been piled around a dead boxthorn shrub and was set alight. The Dads took turn in standing around with water backpacks, used to fight the summer grass fires,  to make sure the bonfire did not get out of control.

I remember sitting on my Dad’s shoulders, watching  spellbound by the leaping flames, fascinated by the shadows they cast. They pranced and danced I was never afraid, I was with my Dad.  I knew the story of Guy Fawkes and the gunpowder plot, the poem had been read to my class at school, the bit about the Pope was left out as it was a Catholic school.  I was also familiar with  the stories of the phoenix rising from the ashes and of the salamander. These  memories resurfaced, when as an adult I read Harry Potter and was introduced to Dumbledore’s phoenix Fawkes.

Now I am older and I often wish for those happier, less complicated times. My children have different memories as they celebrated Lunar New Year, complete with crackers, moon lanterns and lion dancers and then back in Australia in most states crackers had been banned from public sale.

Celebrating the 5th of November in Australia is now seen as old fashioned, a safety risk and politically incorrect as it is deemed a unfavourable reminder, a  leftover of our colonial history. We could however learn a lesson from its origins.

These days fireworks displays are confined to special occassions and are huge public events such as  New Years Eve etc.  Beautiful and costly as these events are they will never replace the thrill of being with my Dad on Guy Fawkes Night. I will always remember the 5th of November  for that reason alone.  Thanks Dad. 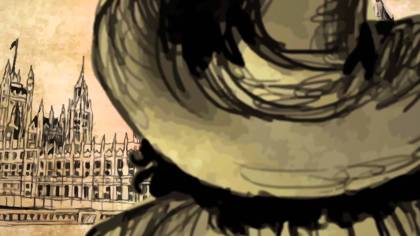